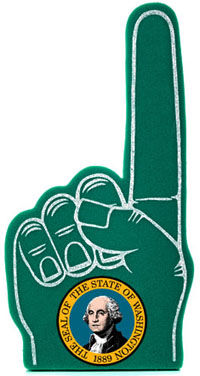 (Nov. 4, 2019) — The Washington State Labor Council, AFL-CIO (WSLC) has long proclaimed Washington to be a “Union State.” That’s because of its high union membership rate, its groundbreaking contracts, and the state’s long history of dynamic collective action for improved labor standards — from our minimum wage, to our paid sick and family leave, to our strong safety nets for injured and laid-off workers — all of which have served as national models.

Now a national study has affirmed that assessment and ranked Washington No. 1 in its 2019 edition of its States With the Strongest Unions.

Although Washington didn’t rank highest in any of those individual metrics, it was in the top five for several, including having the third highest percentage of workers being union members (19.8 percent) and the fifth highest number of union members overall (more than 658,000). Washington also dramatically outpaced other states in the top 10 on its union membership growth, increasing 32.24 percent over the past five years. 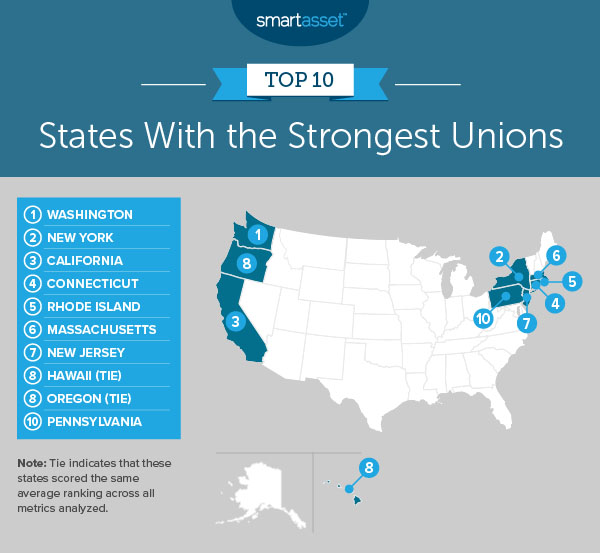 “Unions in Washington state are strong and growing,” said WSLC President Larry Brown. “Our members not only join together to win great contracts for themselves and their families, they also advocate for innovative labor standards that lift up all workers in this state. It’s nice to get national recognition in a study like this, but it’s no surprise to those of us who are part of this state’s union movement.”

Read the full report and get details on its methodology here.